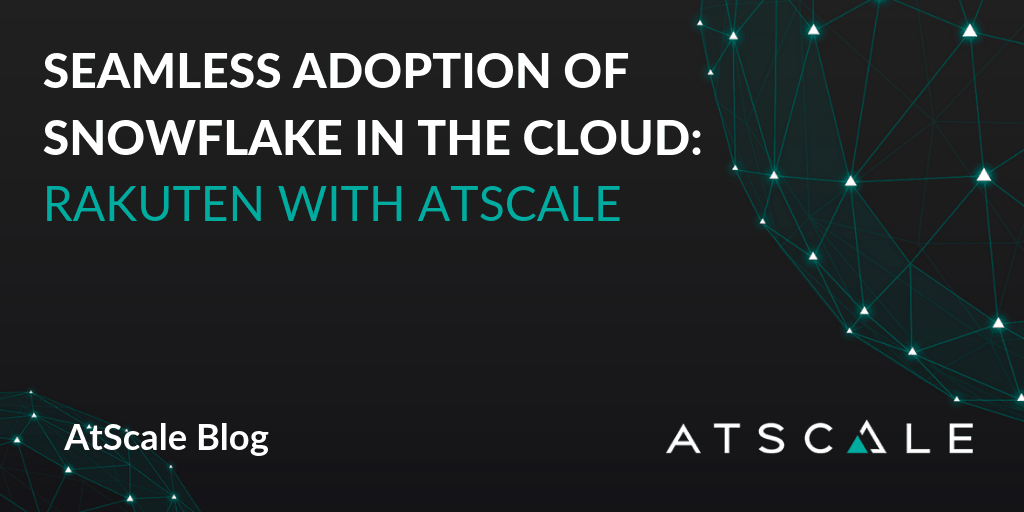 Every new enterprise solution introduces a multitude of problems. For the enterprise, the solution that has introduced the most complexity to the business has been cloud transformation.

According to IDG, 73% of organizations have at least one application, or a portion of their computing infrastructure already in the cloud, while an additional 17% plan to do so within the next 12 months. A majority of these companies are migrating analytical workloads to cloud platforms like Snowflake, Google BigQuery and Amazon Redshift, from traditional data platforms like Teradata, Netezza, Oracle and Vertica.

While the cloud promises enterprises incredible cost and performance benefits, decision makers still must weigh which platform offers the best solution to achieve their analytics goals and how to adopt the cloud without disrupting the day to day functions of the business.

How Rakuten Seamlessly Migrated to the Cloud

Rakuten, a $10 million member cash back and shopping rewards company, was recently faced with these decisions as they undertook a cloud transformation journey. Rakuten’s ultimate goal was to arm all of their employees with the ability to derive insights from their company data. Rakuten originally implemented AtScale to utilize its virtual OLAP capability to performantly analyze data stored in their Hadoop data lake. While the AtScale solution provided the query performance and optimization they were looking for, the Hadoop cluster’s physical limitations to successfully execute 1.5 million queries per month quickly emerged. As a result, Rakuten’s Director of Analytics, Mark Stange-Tregear, decided to adopt Snowflake’s cloud data warehouse on top of Amazon S3.

Rakuten’s business analysts drive their analytical dashboards and reporting through Tableau. With Tableau, analysts are given the freedom to either write their own SQL queries or simply use Tableau’s drag and drop data analysis. When the decision was made to migrate to the cloud, it was imperative to complete the transformation without disrupting the day to day analytics functions of the business.

Rakuten relied on AtScale’s AtScale’s A3 platform to overcome all of their cloud transformation obstacles while delivering added value to their new analytics investments. Because Rakuten’s business intelligence applications were already connected to AtScale, migrating their business logic and applications to Snowflake was the easiest part of their cloud transformation. Rakuten simply repointed AtScale from their old Hadoop environment to Snowflake. Analytics users never noticed any downtime and saw a significant improvement in query responsiveness.

AtScale’s intelligent data virtualization also helped Rakuten to streamline its data on Snowflake. With AtScale, Rakuten was able to deliver a single, virtualized view of their data that could easily be consumed by business analysts. Rakuten was also able to take advantage of the automated intelligent aggregates created by . AtScale’s intelligence analysts enabled data requests to only query relevant data, shortening response times and economizing computing resources. Finally Rakuten’s business users and data scientists were able to use AtScale’s user friendly design tools to quickly build queries that would allow them to explore the data within Rakuten’s data warehouse, without the need to write complicated SQL scripts.

Which Cloud Data Warehouse Should I Migrate To: Redshift vs. Snowflake vs. BigQuery

Why You Need A Virtual Data Warehouse
We use cookies to give you the best online experience. Please see our cookie policy here. Please let us know if you agree to all of these cookies.
Accept All
Manage consent